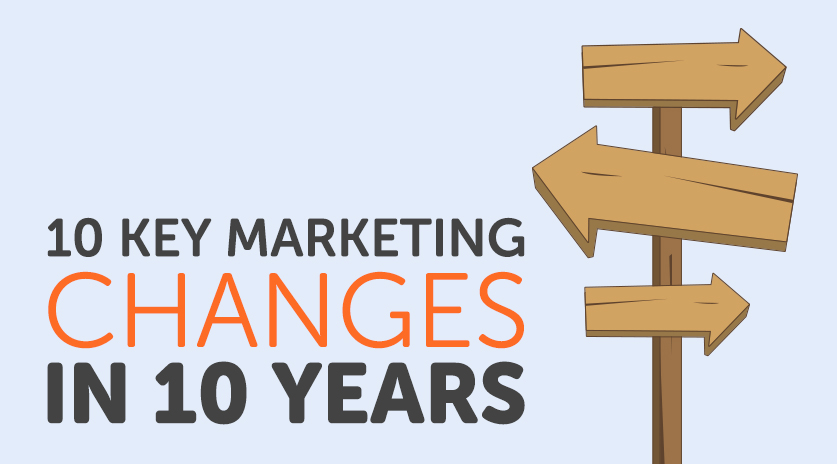 10 Years of Digital Marketing – Don’t Get Left Behind 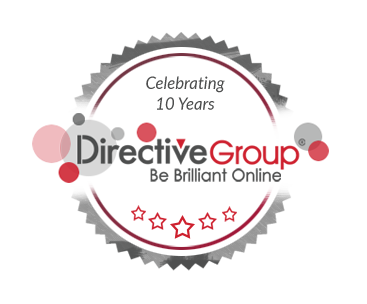 “Search marketing, and most Internet marketing in fact, can be very threatening because there are no rules. There’s no safe haven. To do it right, you need to be willing to be wrong. But search marketing done right is all about being wrong. Experimentation is the only way.” – Mike Moran

If there is one thing I’ve learned during 20 plus years in the marketing industry, especially over the last 10 years in digital marketing, it is that if you don’t keep up, you’ll get left behind. I’m sure I’m not the only one who has experienced the growth of digital marketing first-hand where they were forced to keep up or fall off the bus.

The fist main contributor to marketing was Gutenberg with his printing press in 1450 in Europe. The Gutenberg Press provided the ability to mass-communicate and sell gained such epic momentum that it’s barely slowed down in over 500 years.  Magazines first emerged in the 1730s, radio advertising in 1922 and then in 1941, the world’s first TV ad was broadcast on American screens in one of the most groundbreaking moments in marketing history.

The next ground-breaking contribution to marketing would happen for another 500+ years. You guessed it, the internet. In 1965, a computer in Massachusetts connected with another in California via dial-up and in 1973 the first hand-held mobile phone call was made. But it wasn’t until the early 1980s when the first commercially available desktop PCs started filtering into homes, that a tidal wave of new marketing possibilities crashed onto the scene with digital. That was around 38 years ago.

As you’ve probably noticed, not a lot happened during those 500 years to really change the course of history or more specifically, the course of marketing. But… WOW! Since then, so much has happened that truly changed the way we do marketing today in 2018. Of course, this is not to imply that the basic foundations have changed: for the most part, they have not. I’ll talk more about those in another article. What has changed, is how we acquire, apply, target and display information as well as the speed to which we analyze, and consumers acquire and respond to information.

By The Time Our Agency Launched In 2008:

Digital Marketing Then & Now: Since 2008

Early search engines like Yahoo!, InfoSeek, AltaVista, Lycos and WebCrawler made significant strides in the digital evolution of search but let’s be honest, the golden years didn’t start until Google launched in 1998. With the birth of today’s most popular search engine and its development of tools like AdWords in 2000 and content targeting services in 2003, and the integrated Google Ads in 2018, this year, everything changed online. In 2004, search engines started using advanced ranking algorithms and browsing online became more personal. The impact this had on business is immense. Being able to target browsers and develop strategies based on search patterns led to a whole new way of selling and communicating. These days a Googlebot crawls and indexes trillions of pages on the web and makes the most relevant ones instantly accessible via traditional or voice search. A brand can reach anyone, anywhere at any time, and that’s powerful.

Optimizing sites for search engines began to mainstream in the mid-90s and by 2008, SEO had become an essential marketing tool used on a global scale. In the early days, techniques like keyword stuffing, article submissions and link spamming were recommended by guys who mostly just didn’t know better. No one cared about the impact of social media and usability didn’t even come up in conversation – SEO was an island and keywords were embarrassing. But you learn. These days SEO is less of a loner and more of an essential cog in a greater machine powered by other strategies and channels.

Back in the day there was no such thing as a traditional or a digital agency. There were only marketing agencies. Today all that’s changed, and since the digital evolution marketing has had to broaden its focus. A long time ago traditional marketers would use media such as print, radio and on TV, often sending out reports and questionnaires afterwards to gather info from the contacts and to find out whether they’d even be featuring their clients. Today a digital specialist can find out everything they need to know about a contact before even making a pitch. By working with SEO research and trends, Digital marketers are able to back all of their decisions with data, leading to better targeting and more quantifiable results.

In 2008 people still used MySpace. Little did anyone know at the time that Mark Zuckerberg and his Harvard roommates would release a colossal giant to crush all that came before. It was the start of a new era for digital marketing.  Social media stopped being a way to just chat with friends and started becoming a way to connect with brands, complain, spread news, shop and even influence other shoppers. Businesses took notice and online reputation management became more important than ever. Today, with channels like Twitter, YouTube, Instagram, Pinterest, and Snap Chat with billions of users, targeted advertising and a digital landscape that never sleeps, social media has become one of the most vital parts of any marketing strategy.

For the longest time marketers used tactics designed to interrupt potential clients, contacted us without permission and blindly targeted everyone in the hopes of reaching someone interested. In short, communicating with potential customers hasn’t always been as sophisticated as it is today. Fortunately, thanks to better research, statistics and higher quality content and targeting, a new way of digital marketing began to find its stride. HubSpot co-founder and CEO Brian Halligan was credited with creating the term, inbound marketing, and later author Seth Godin took it a step further by introducing the idea of permission marketing. Today’s content marketing is based on all these principles: understanding the consumer better so you can appeal to their interests and needs with tailor made content and information. These days, we know we have to earn attention with great content, conversations, transparency, opt-in email lists, word-of-mouth brand building and viral marketing.

More and more, every day, the guesswork of marketing is being removed from a digital marketer’s daily task list. Artificially intelligent systems constantly work on the background of popular products and services such as Netflix, Amazon, and, naturally, Google. In the past few years, though, AI has paved its way deeper into marketing, helping brands to enhance every step of the customer journey. Moreover, tools previously available to enterprise level companies have become affordable and accessible to medium- and small-sized businesses. MarTech solutions combined with Artificial Intelligence, are just a couple of the ways the internet changed marketing.

Don’t Get Left Behind!

Make sure your brand keeps up – speak to us about an integrated digital marketing plan and stay on top of your game.

END_OF_DOCUMENT_TOKEN_TO_BE_REPLACED

With the rise of programmatic advertising, healthcare manufacturing companies are taking advantage of an innovative way to buy and sell their ad space. This technology automates marketing processes with software instead of manual methods, making it a quicker and more...

END_OF_DOCUMENT_TOKEN_TO_BE_REPLACED

Google PodcastsAndroidby EmailRSS
×
"He that leaveth nothing to chance will do few things ill, but he will do very few things."
- George Savile Halifax