A common question organizations using various online marketing channels have is, “which one works best for my business?”

“Most of my traffic comes from paid search, they convert less. Conversion from the traffic through SEO efforts is higher. So, Do I have to invest heavily in paid search or SEO?”

Almost all businesses face similar questions on choosing the right marketing mix for their business. Digital marketing opened up various new avenues providing various touch points with the customers. It also becomes important for the marketers to choose the right mix of all the marketing channels to provide higher ROI for their marketing spend. This is where attribution modelling helps the businesses.

Attributions modelling is the science of understanding the value of each customer touch point which leads to conversion. Google Analytics allows you to use various attribution models to analyze the impact of your various marketing channels. Here is a list of attribution models defined in google analytics

Last click attribution is one of the most widely used attribution model. It assigns 100 percent of the conversions achieved to the last customer touch point. It does not consider various other touch points the customer has followed during the conversion path. Though it is widely used, it is one of the most inaccurate methods to attribute success to your various marketing channels.

Last non – direct click model assigns the credit of conversion to the last touch point before the conversion which is not direct traffic. For example, if a visitor visits your site through a paid ad, social campaign and then visited your website directly, while the last click attribution model gives 100 percent credit to direct channel, last non – direct will give the complete credit to social campaign. Instead of visiting the website directly, had the user done that using a display ad, both last click and last non – click give the complete credit to display ad.

Last non – direct click is defined based on the assumption that, if a visitor was already influenced to make a purchase decision if he/she is visiting the website though direct route. So, the last non – direct click assigns the credit of conversion to the channel which has led to direct visit by the visitor.

This model can be used to understand the effectiveness of the AdWords campaigns. This model gives all the credit of a conversion to the last AdWords click prior to the conversion.

Time decay model is one of the more advanced methods of attribution modelling. This model is defined based on the assumption that the closer a customer touch point to the conversion, the more influence it had on the conversion. Based on the timing of the touch points in the conversion path, the algorithm assigns the credit in a decreasing order starting from the last interaction to the first.

You can even customize this model by setting half – life decay age which gives half the credit of the conversion day click to the interaction that happened prior to the conversion during the specified period. You can also specify a look back account to define the number of days prior to conversion that are to be considered by the model. You can also apply weightage to the interactions based on the user engagement parameters like time spent on website and page depth.

You can also customize the model by specifying the credit you want to assign to first interaction, last interaction and middle interactions. You can also specify the look back period and adjust credit based on the user engagement.

While google analytics does provide a variety of pre-defined attribution models, it is important that you analyze your business goals and KPIs before implementing the best model for your business model. While last interaction and first interaction almost always provide skewed results, time decay and position based models can be customized to define attribution models which can address your needs better. 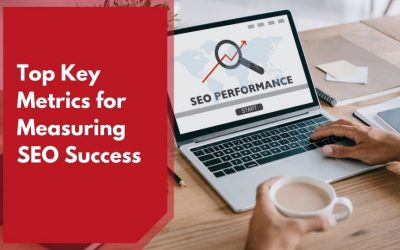 The Top 7 Metrics for Measuring SEO Performance    When it comes to SEO, the right metrics are invaluable. They let you know which of your campaigns are producing real results and which are wasting your time and money. You can't improve what you can't measure.    SEO...

END_OF_DOCUMENT_TOKEN_TO_BE_REPLACED

Featuring Google's recent announcement to block all the cookies for ad Targeting from its chrome browser in 2022, Apple has also given directives to its Safari browser to do the same. This seems a bigger change as it becomes the first mainstream browser to obstruct...

END_OF_DOCUMENT_TOKEN_TO_BE_REPLACED

Google PodcastsAndroidby EmailRSS
×
"It's not enough that we do our best; sometimes we have to do what's required."
- Winston Churchill