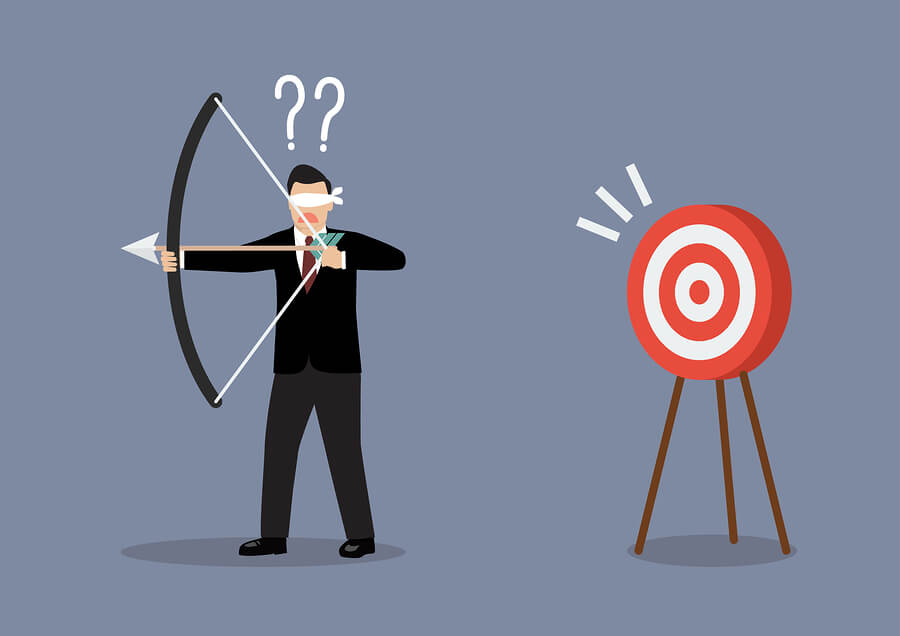 The purpose of branding is to build connections with prospective and current customers. They want to understand the who and the what behind the company they do business with. Although they’re making a financial investment into a company, the brand allows them to make an emotional investment, and this drives long-term loyalty.

One would think that C-levels and their marketing teams would have the type of branding that develops loyalty in mind when sending out their marketing and ads to the masses, but there’s been a bevy of examples in the last year that prove otherwise. Below are examples of some of the most forehead-slapping, head-scratching, bewildering, “Why did they do that?!?”, and “Who approved that?!?” branding content of the last year.

But in order to protect the not-so innocent, names of companies won’t be mentioned. What will be mentioned are some of the examples, along with reasons why deep contemplation should be paid among any marketing team and/or C-level who signs off on these behaviors.

Switching up brand names for no apparently good reason

Marketers are always thinking of ways to stay at the top of the minds of consumers. As such, innovation is crucial. But here’s the issue: While it’s important to innovate in order to keep up with social trends and cultural habits of the day, innovation also needs to make sense.

Too many marketers make the mistake of forcing their so-called innovative ideas upon the masses, whether they asked for change or not. That’s what happened with one particular international brand.

Their consumer base was already familiar and comfortable with the name of the company’s program, when someone decided to give the name an upgrade. No one complained about the old name. Not only did consumers experience feeling miffed about the new (unwanted) name, but they also experienced confusion. This was not the reaction that the C-levels were hoping for. What’s more, consumers are humans, and most humans detest enduring patronizing decisions.

A famous e-commerce company experienced the opposite type of brand marketing they were hoping for when a new feature they were rolling out failed to work. The system was riddled with all sorts of bugs and glitches. Sales became lost in the ether. Quantities of products were reported incorrectly. And needless to say, customers were miffed.

At least the e-commerce company did the right thing: They immediately acknowledged their mistakes, and they offered generous refunds and store credits. While this is the proper way to fix embarrassing roll-out mistakes, millions of dollars of revenue evaporated, and the company lost face before the entire world. Again, this is the opposite of what brand marketing is supposed to accomplish!

Being the bad guy. Very few people enjoy being the bad guy, but sometimes, humans do horrible things. And when this takes place (and if it’s instituted by law), then shame-filled historical eras take place.

That’s what one otherwise feel-good company tried to do. They took a very shameful era in American history and attempted (through a series of ads) to rewrite the narrative of that era, watering down the teaching tool into something that was historically incorrect, and honestly, somewhat detestable.

Even if the company’s intentions were well-meaning, there were too many apparent reasons why their blunder should have never left the pile of balled up papers, scribbled with horrible ideas.

Speaking of shame and the lack of cultural sensitivity, there was the infamous incident involving the international reality star who decided to meld her name with cultural appropriation in a manner that had infuriated the insulted culture.

Even worse (and speaking of being careful about one’s brand), the reality star in question (along with her family) has developed quite the reputation for insulting others through cultural misappropriation.

The reality star has voluntarily rolled back her launch to change the offending name but offending an entire nation (and its ethnic descendants) is not the way to endear one’s new product to the masses.

When the force of shaming is not with you

When an e-commerce wedding site created marketing media (with an ad agency), the results were beautiful. The ad was also very timely for today’s cultural tastes. Too bad that a values-based advocacy group didn’t agree.

The advocacy group protested and applied pressure on a national cable network, demanding that they (the cable network) pull the ad that offended their values. The advocacy group thought that this would be the end of things … until a larger force of consumer advocacy and anger turned the tides. The ad that offended the values-based group was restored, and it ran nationwide, as it should have.

The great thing about the U.S. is the country’s diversity of values, along with freedom of speech in content. This includes advertising content, and while some marketing spots can go a bit too far, there’s no law that forbids a spot the celebrates the freedom of individual civil rights, even if those civil rights offend a grassroots organization.

Would you really mock domestic violence?

Speaking of the odd occasion when marketing media goes too far, there was the social media company that allowed a marketing piece to be distributed on the company’s platform. Specifically, the piece featured wording that very blatantly mocked domestic violence, even making a game out of punching and slapping specifically named targets.

Fortunately, the social media platform’s CEO quickly apologized and removed the disgusting media. But one wonders … who was the ad agency that allowed this? Certainly not one of any real relevance or quality.

In the same vein, great agencies don’t allow their clients to embarrass themselves while offending their marketing targets! A great agency is comprised of a marketing team that’s full of empathy and decency. For marketing teams who wish to avoid such costly and humiliating blunders, such as the ones mentioned, then they should ensure that they consult with people who can speak to topics such as race, gender, and sexual identification.

3 Major Challenges SaaS Marketers Face and How to Solve Them

Software as a Service, also simply known as SaaS, is a software delivery model that has become more and more popular. This is partly because of the subscription mode of payment that gives customers some control on how and when to use the software.Due to increasing...

END_OF_DOCUMENT_TOKEN_TO_BE_REPLACED

5 Reasons Why B2B Marketers Need SEO Now More Than Ever

Over 61% of B2B decision-makers start the decision-making process with an online search, making SEO as important for B2B marketing as it is for B2C. It is no longer a good-to-have but rather a requirement. Businesses that invested in SEO during the pandemic...

END_OF_DOCUMENT_TOKEN_TO_BE_REPLACED

Google PodcastsAndroidby EmailRSS
×
"A bank is a place where they lend you an umbrella in fair weather and ask for it back when it begins to rain."
- Robert Frost