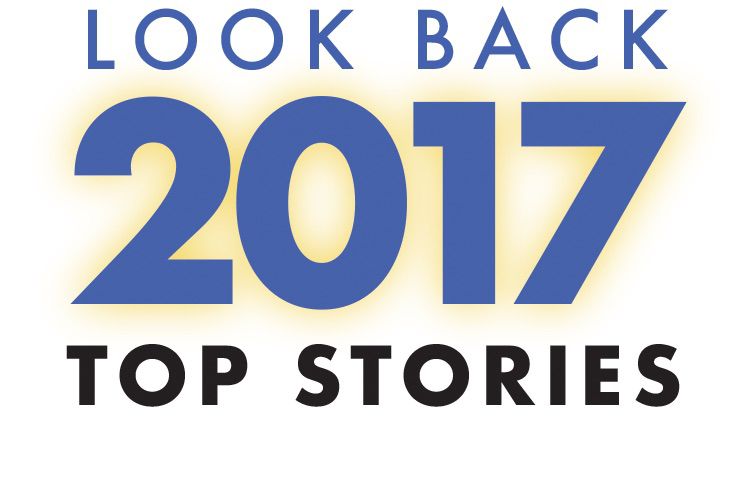 Social networks are all about people and creating connections. According to We Are Social, there are an estimated 2.8 billion internet users using social networks having a global penetration rate of 37%. This number is going to keep moving up because of increasing mobile device usage and mobile social networks gaining traction fast. Thousands of new social media outlets have come up and there has been intense innovation all through the year. But the major social media platforms such as Facebook, Twitter and Instagram have remained relevant and competitive amongst the newbies by making major updates. Facebook remains the leader among social media networks in terms of name recognition and the total number of users (over 1,81 billion users), followed by YouTube and Instagram.Social media has a constant presence in the lives of its user base so businesses stand to gain serious competitive advantage from utilizing social media networks correctly. Social networks have a massively strong social impact and the more value it presents to businesses. No wonder marketers are integrating social media marketing within their core marketing strategies. As the year slowly draws to a close and to better understand what content created the most engagement in 2017, let’s look back at the events of the past twelve months as published by the major social networks such as Facebook, Twitter and Instagram in their annual Year In Review.

There has been saturation coverage of bad-news stories in 2017, from terror attacks, natural disasters, gun violence and sexism in company culture. We will be glad to see the back of it. Then there also has also been a number of doozy’s from different brands social media forays that became talking points from the Presidential tweets to the United Airlines mishandling of Dr. Dao to Adidas congratulating runners on surviving the Boston Marathon, Heck even Price Waterhouse Coopers team had an epic meltdown at the Oscars because they were busy posting selfies with Hollywood stars and handed the wrong envelope that led to the wrong movie being named Best Picture. A lot of what makes global news today is social media driven.

Facebook’s Year in Review highlights the most discussed moments of 2017, namely International Women’s Day, Super Bowl 51, and the Las Vegas shooting. There were more than 430 million conversations around the subject generated by 165 million people. And the posts from US, India, Mexico, Brazil and Argentina accounted for more than half that number. With more than 262 million views on the social media platform, Super Bowl 51 became the second most popular topic of discussion with 262 million posts, followed by the deadliest mass shooting by an individual in United States in Las Vegas that left 58 people dead and 546 injured.

Facebook also helped connect people face-to-face worldwide. There were more than 20,000 Facebook Events organized in more than 80 countries related to the total solar eclipse in August. The largest Facebook event for a cause in 2017 was the Women’s March on Washington, DC in January, which saw 500,000 people rally together on and offline.

We’re also reminded of how the Facebook community “came together to support one another in times of crisis” such as natural disasters around the world, whether it was the earthquake in Mexico, Hurricane Harvey, or the One Love Manchester concert in response to the Manchester Arena attack. Millions of users used Facebook’s feature to mark themselves safe in different crises situations, offered aid or donated money through ‘Crisis Response’ on Facebook to various relief efforts, such as the ones after Mexico earthquake and Hurricane Harvey. During hurricane Harvey in late August, more than $20 million was raised on Facebook and the benefit concert by Ariana Grande for Manchester terror victims raised more than $450,000. It is always good to see the better side of humanity shine through in such dark moments. The One Love Manchester concert was also the most viewed video and live broadcast on Facebook in 2017.

Facebook has not only produced its own Year in Review, it also gives users the opportunity to create their own personal Year in Review post, based on their Facebook activity.

The micro-blogging platform, Twitter recently shared its list of the most popular tweets, handles, live-streams, hashtags and movies for 2017 among their 330 million users. Starting on a positive note, the most re-tweeted post of the year was from Carter Wilkerson. He campaigned to get free chicken nuggets from Wendy’s. Though it beat out Ellen’s famous Oscar’s selfie (which is on 3.4 million) after exceeding 3.6 million, it failed to reach 18 million who gave Wilkerson free nuggets anyway.

The most liked tweet came from former President Barack Obama, a Nelson Mandela quote, after the deadly protest in Charlottesville, Virginia. It received over 4.6 million likes and 1.7 million re-tweets. Meanwhile current President Donald Trump became the most tweeted about world leader. In the list of the top ten “activism hashtags,” more than half of it was related to U.S. President Donald Trump. #Resist and #Resistance claimed the number one position while #MakeAmericaGreatAgain took the second spot and #ImpeachTrump and #TrumpTrain took the third and fourth spots and #NotMyPresident was on the sixth spot. President Trump’s inauguration was the most viewed live-stream of 2017 on Twitter.

Among the discussions around disasters and politics, some of the most popular Twitter Moments of the year were NASA’s discovery of seven new, Earth-like planets and Beyonce’s pregnancy announcement. of her latest pregnancy. The most tweeted hour of the year was during Miss Universe telecast and the ending to Super Bowl LI was the most tweeted moment. Based on tweet volume, Wonder Woman became the top movie discussed, and Game of Thrones the most popular U.S. Tv show.

Twitter faced some challenges as well- #WomenBoycottTwitter forced the company to consider taking steps in order to prevent harassment on the platform. And it also added new regulations for political ads in a bid to make the process more transparent.

Instagram has had a fantastic year increasing its monthly active user count to over 800 million and 500 million daily active users. Instagram has introduced new features such as Live videos, face filters, geotags to beat Snapchat at its own game. Here is what Instagram’s Year in Review 2017 tells us.

Hashtags that scored the highest in the platform was #love followed by #fashion, #photooftheday, #photography globally. The top five filters preferred by Instagrammers were Clarendon, Gingham, Juno, Lark and Moon. Internet star LeLe Pons garnered the most views on her Instagram Stories followed by footballer Neymar, Olga Igorevna Buzova, Kim Kardashian, and Amanda Cerny. The most used face filters on Instagram were puppy, bunny, koala, genius, and love. Among celebrities, Selena Gomez has an astounding 130 million followers, leaving Cristiano Ronaldo in the second spot with over 116 million followers. The other celebs to follow are Ariana Grande (115 million), Beyoncé (108 million), Kim Kardashian West (104 million) and Taylor Swift (104 million). Beyoncé takes the crown for the most liked photo on IG, with her aesthetic pregnancy announcement photo. Cristiano Ronaldo’s photo of the birth of his child came a close second followed by Selena Gomez’s photo of her kidney transplant.

A Time To Reflect

The Year in Review for 2017 shows the trends of the year in different networks and it also demonstrates the way social media keeps changing. Maybe this post will give you content ideas for the New Year. DirectiveGroup can work with your business to help you place the right content pieces, in the right place and at the correct time to gain the most traction in social media channels.

END_OF_DOCUMENT_TOKEN_TO_BE_REPLACED

With the rise of programmatic advertising, healthcare manufacturing companies are taking advantage of an innovative way to buy and sell their ad space. This technology automates marketing processes with software instead of manual methods, making it a quicker and more...

END_OF_DOCUMENT_TOKEN_TO_BE_REPLACED

Google PodcastsAndroidby EmailRSS
×
"A hundred times every day I remind myself that my inner and outer life depend on the labors of other men, living and dead, and that I must exert myself in order to give in the same measure as I have received and am still receiving."
- Albert Einstein