From time to time, team members will share their views stimulated from a piece by an industry thought leader. Here, content writer, Bobbi Parke, discusses article, “8 Habits of Critical Thinkers” by Jen Lawrence, who holds an MBA in Finance, and who has widely written and spoken on corporate culture, critical thinking, and strategic planning. August 7, 2014

Recently, I was a part of a discussion regarding critical thinking — specifically, the ability to make decisions, solve problems, and take appropriate actions.

As I pondered the conversation, I wondered if my assumption that my own critical thinking skills were good was accurate.

I decided that it might not hurt to do a bit of research as to what skills, exactly, a critical thinker is endowed with.

Ms. Lawrence starts out by saying, “Critical thinking… has been identified as a key skill by educators and business leaders.”

She listed eight points that may be able to help increase one’s decision-making capabilities. I will briefly outline them here.

Pondering this article, I realized that each of these outlined points contributes to a higher level of critical thinking, allowing one to make better decisions, but that only one or two points may be an individual’s personal culprit. Developing a higher level of critical thinking may not be as challenging as I had originally thought. I think I’ll start with number five.

END_OF_DOCUMENT_TOKEN_TO_BE_REPLACED 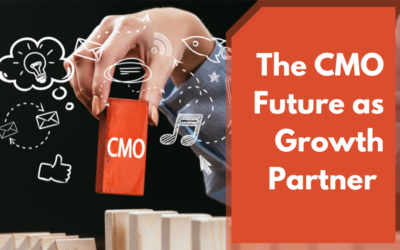 The CMO Future as Growth Partner

In recent decades, the corporate world has witnessed a clear shift of power toward marketing. The evolution has made marketers assume many more responsibilities, such as CEO or co-founders in start-up companies.   With the growth of digital marketing, the CMO has...

END_OF_DOCUMENT_TOKEN_TO_BE_REPLACED

Google PodcastsAndroidby EmailRSS
×
"A bank is a place where they lend you an umbrella in fair weather and ask for it back when it begins to rain."
- Robert Frost