Do you know what people are saying about you online? Traditional marketing has always known the value of word of mouth marketing. Today the internet, well, more specifically search engines, has made knowing what people are saying about you even more important than traditional word of mouth marketing. Why? Because 88% of consumers trust online reviews as much as personal recommendations. So, if your reputation isn’t managed well it could be very costly. And, did you know that what people say about you online impacts your search results? Let’s learn some more.

A few years ago, American Airlines had a costly run in with a guitar. In fact, it cost the airline $180 million and a 10% loss in their stock prices. When a passenger witnessed the airline mishandling his guitar, which resulted in the instrument being seriously damaged, and the airline refused to pay for the damages, the passenger — musician David Caroll — wrote a song, United Breaks Guitars. The YouTube video was a huge hit with more than 15 million views and the major contributor to the airlines dip in stock prices.

Granted, this one incident didn’t bring American Airlines to destruction, but it is a good example of how, when a company has a bad reputation, business is simply more difficult to conduct, the cost of doing business increases and it’s far more difficult to retain customers and employees, shareholders, and other important stakeholders, than it is in good times.

How to Fix a Bad Online Reputation

Arguably, protecting an organization’s reputation is the most important yet difficult task facing senior management teams and boards of directors today. First, it’s important to point out that reputation management is a game best played using offense. When you’re on the defense, when you’re trying to fix a negative online sentiment it’s an uphill battle that takes a lot more work than had you started your vigilance early and when things were calm and clean. However, if you find your business in a toxic situation, here are some things you can do to keep your reputation on track:

You know, Benjamin Franklin once said “It takes many good deeds to build a good reputation and only one bad one to lose it”. No other words have ringed so true as this statement. Especially in today’s digital, share-everything world.

How to Manage Your Online Reputation

Managing your online reputation isn’t just for businesses with a toxic situation. Your online reputation also plays into other things such as your search results. I am sure you’ve seen the stars that show up next to a company in Google search results, but did you ever wonder how or why the stars were there? Most SEO strategists find a strong correlation between reviews and organic search result rankings, particularly in Google. It is widely believed in the industry that the importance of reviews as they relate to search result rankings will only increase over time. Therefore, being able to display your stars will show Google that your customers trust you, that they are happy with what you provide, and that you’re a credible solution. Here are some things we know about reviews and how they impact local SEO: 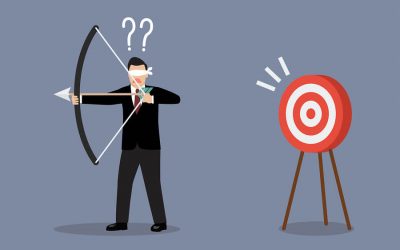 The purpose of branding is to build connections with prospective and current customers. They want to understand the who and the what behind the company they do business with. Although they're making a financial investment into a company, the brand allows them to make...

END_OF_DOCUMENT_TOKEN_TO_BE_REPLACED 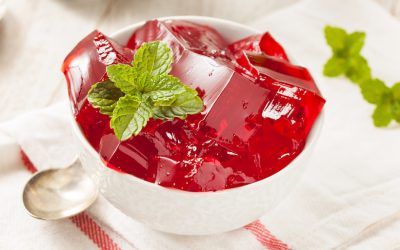 Jell-O and How Influencer Marketing Impacts Your SEO

Influencer marketing has been around for decades. Jello-O was only a minor success until 1904 when free cookbooks were distributed to supermarkets. The first families to pick up a cookbook and enjoy these new desserts became early influencers in their neighborhoods....

END_OF_DOCUMENT_TOKEN_TO_BE_REPLACED

Google PodcastsAndroidby EmailRSS
×
"I slept and dreamt that life was joy. I awoke and saw that life was service. I acted and behold, service was joy."
- Rabindranath Tagore